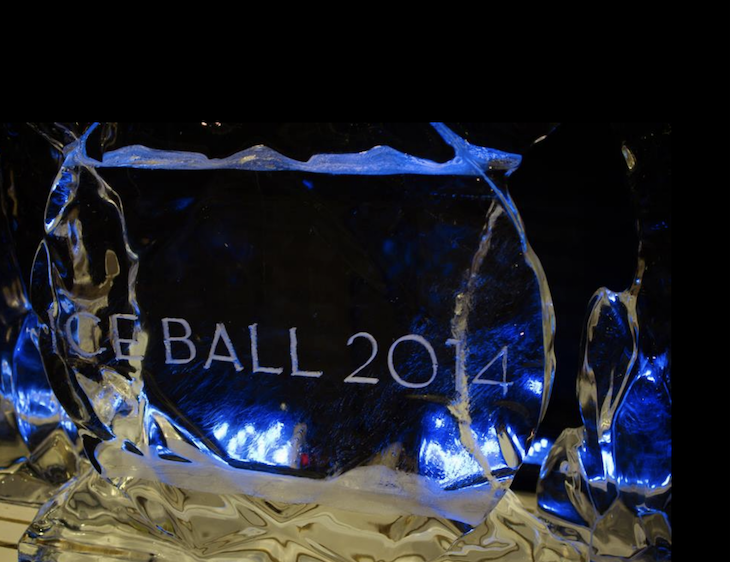 Ice Ball was a smashing SOLD OUT success.  Crystal clear ice sculptures, the musical hi-jinks of The Spazmatics and the super smooth high tech of Atomic Picnic, set the stage for the coolness of the 10th Annual Ice Ball on August 23, 2014. Photo below by Gayle Stallings. 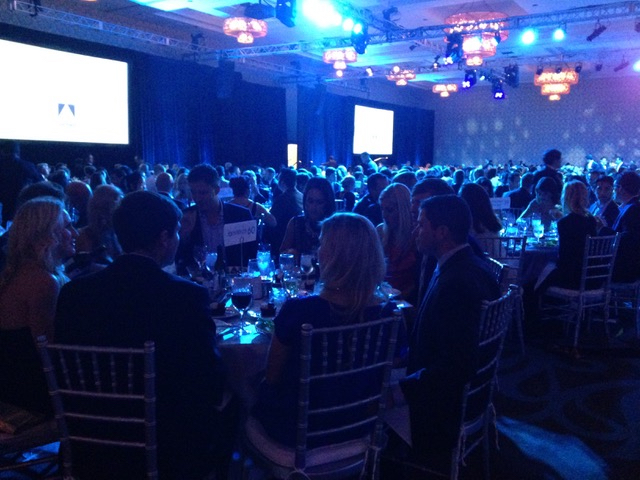 Playing the Heads or Tails game with 464 people was never so much fun. Here attendees play out what they think the results will be to the flipping of a coin. Photo by Christina Harding.

And voila! Our final two Heads or Tail players join me on stage for some FUN and the final coin toss. Photo by Christina Harding.

Some of the cool buzz during and after this year’s Ice Ball:
“After such an amazing story — live auction and “Fund A Friendship” donations alone totaled close to $250,000!  Gayle Stallings with FUNAuctions had bidder paddles up, and everyone was ready to start something BIG!”  — Blog, Big Brothers Big Sisters of Central Texas 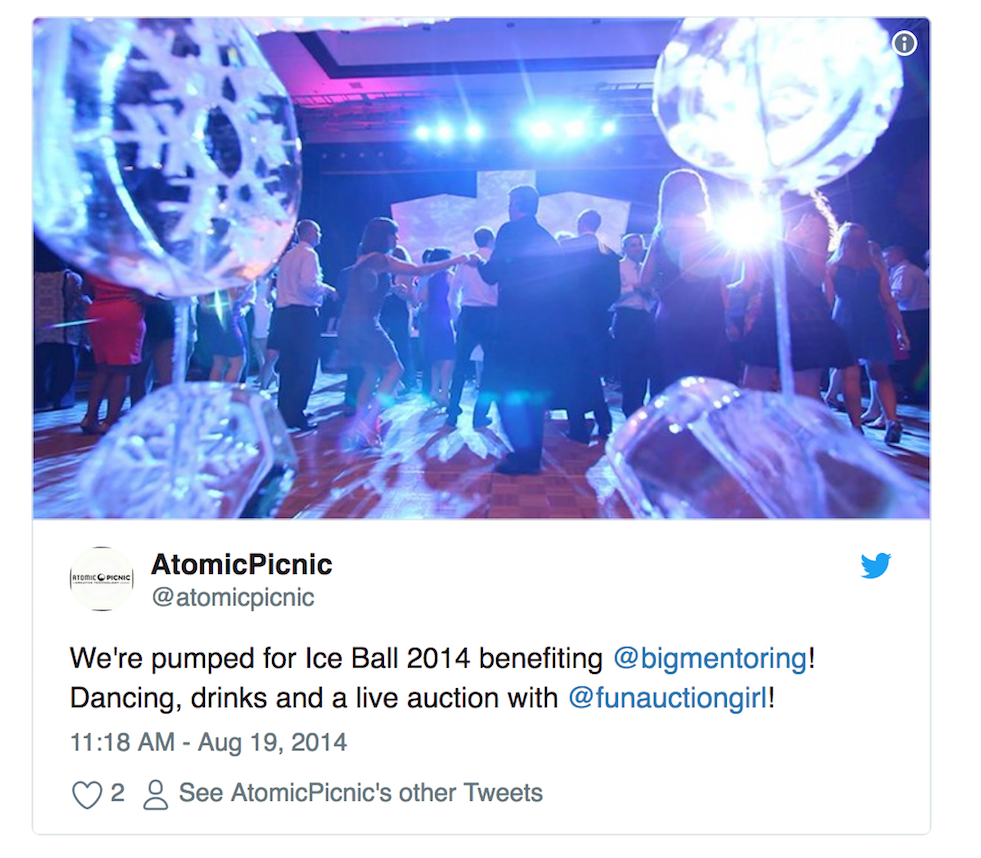 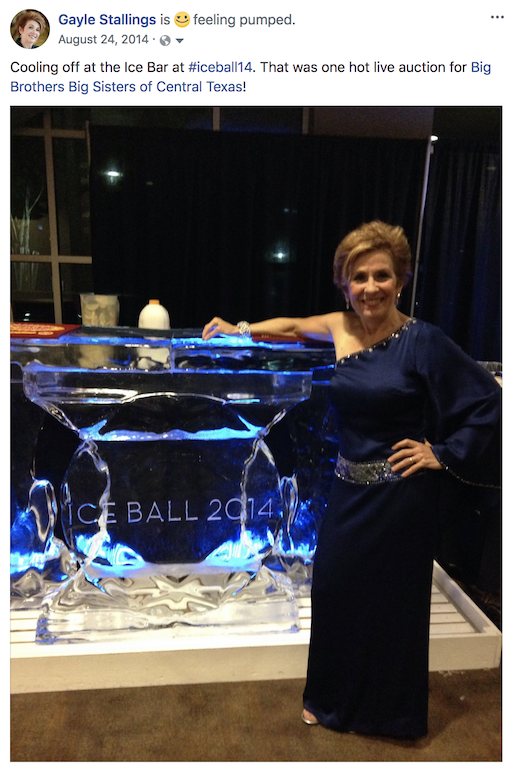 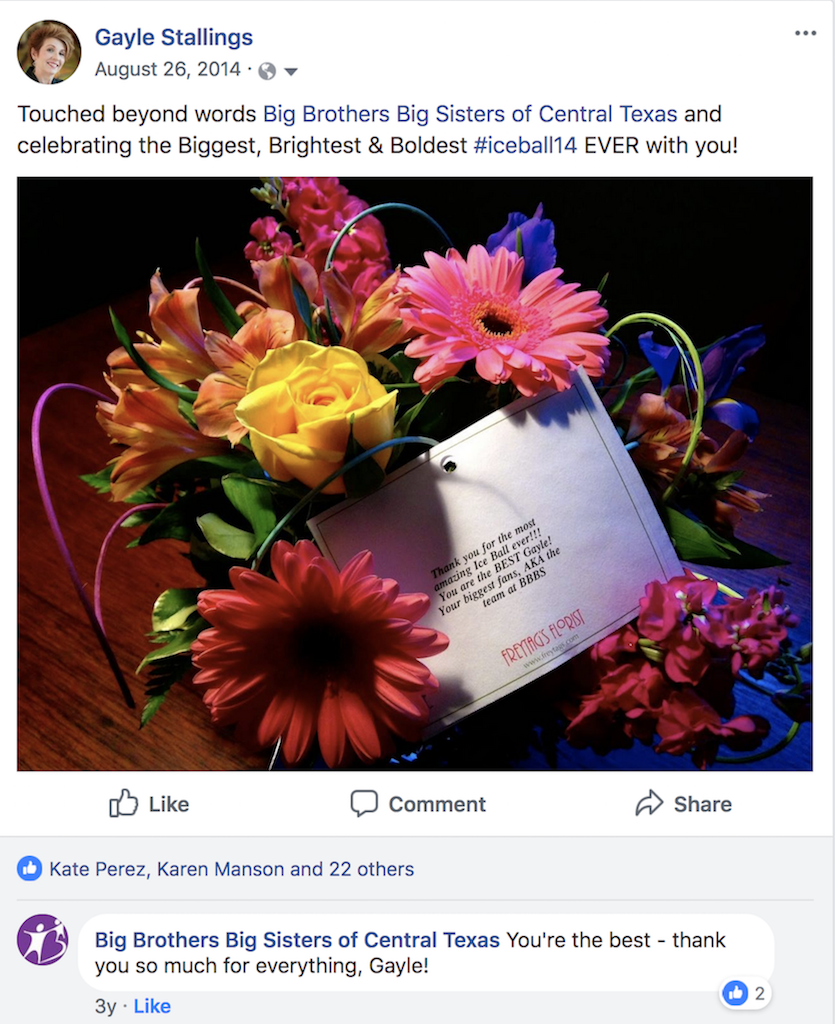 The giving season has begun. Follow the FUN!
Originally posted September 7, 2014 via Storify.

Read the FUNauction Press page on the 2014 Ice Ball and many other successful fundraisers.