Imaginarium 2013, benefiting the Thinkery, the new Austin Children’s Museum. What a spectacular evening for the highly anticipated sneak peek at the NEW Austin’s Children Museum, the Thinkery! What a joy to be part of Imaginarium for 4 years and see this dream come true of a world-class children’s museum in Austin, Texas.

As Teddy Roosevelt, I was glad to be reunited with Jededia, Octavius and Sacawajea as my bid spotters, since the theme was A Night at the Museum — at the Thinkery.
Even T-Rex was at the sound & light check rehearsal on Thursday night. Big tent was set for 700 people. And then, the torrential rains came.— at the Thinkery. 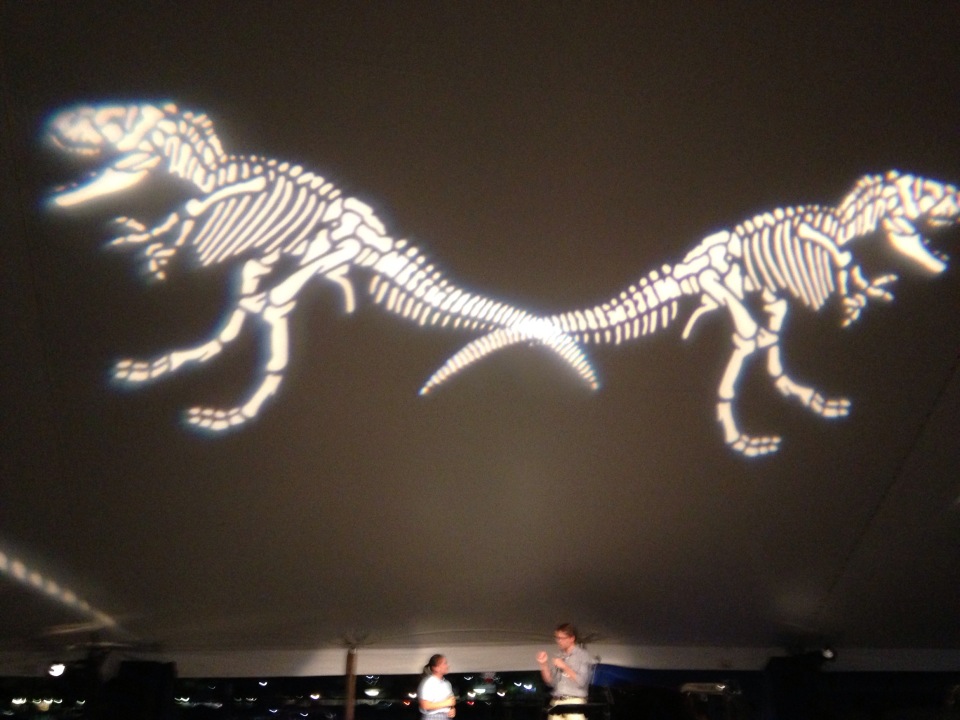 Look at all of the fun, fantastic people who braved monsoon conditions for a sneak peek at the new children’s museum! 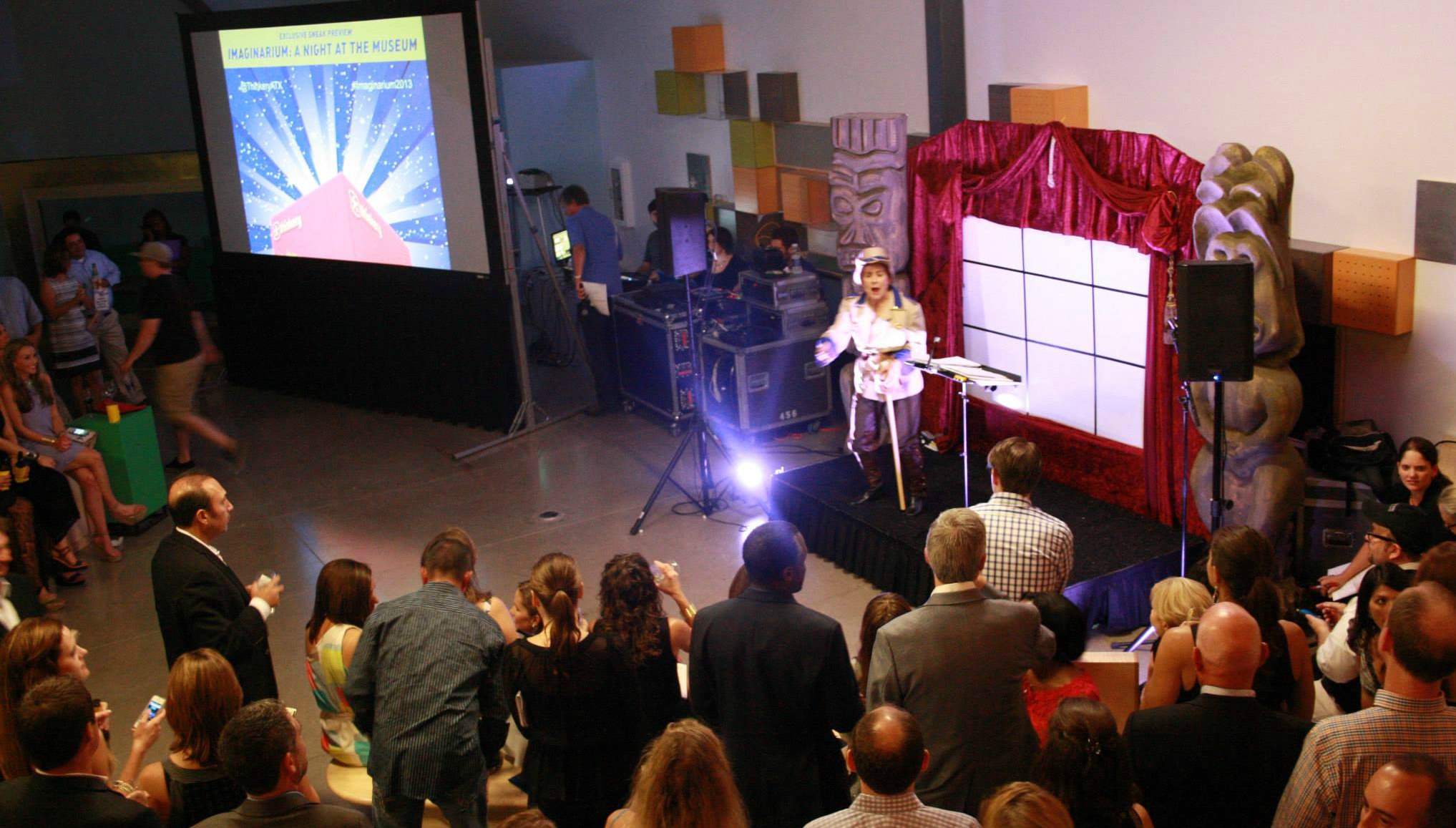 Only at #Imaginarium2013 can you wear a monkey on your head. — at the Thinkery. 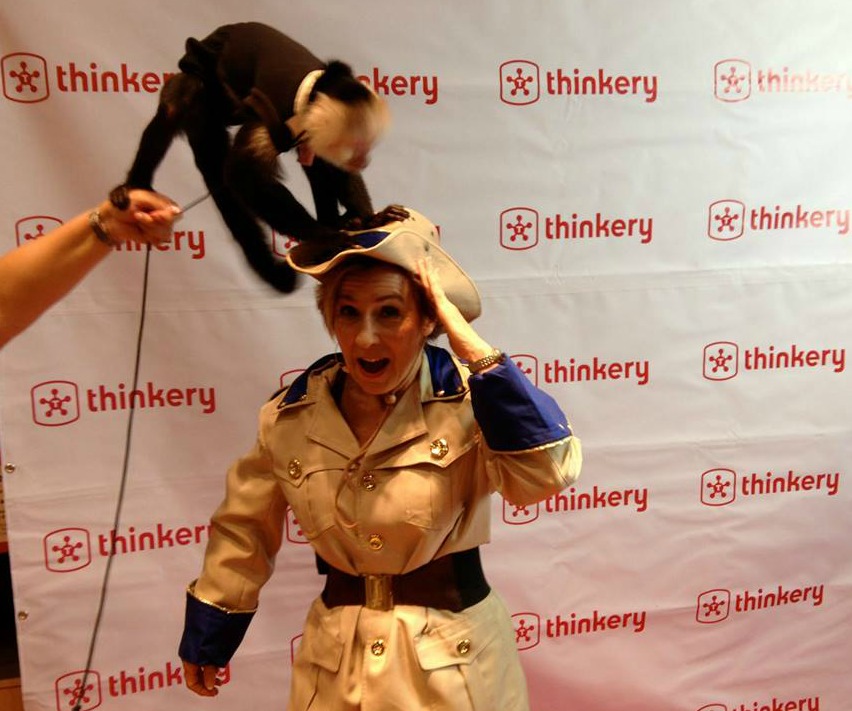 One of our time-honored traditions at any gala. Smile for the camera. — with Mollie O’Hara Butler at the Thinkery. 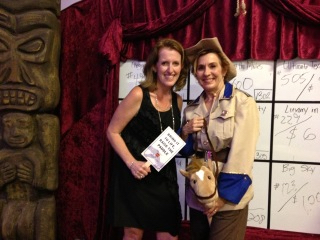 High bid of $29,000 to spend a day w/ Jared Padalecki on the set of “Supernatural” w/ walk-on role, came from one of 3 absentee bidder fans on phone during live auction. — with Jared Padalecki at the Thinkery. 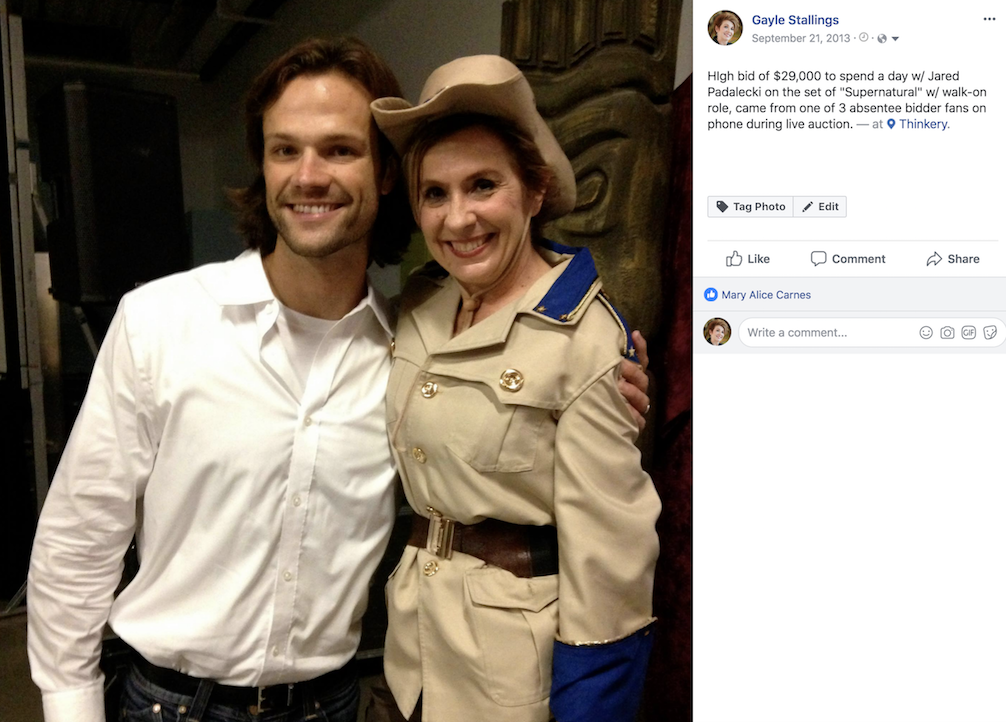 The night raised approximately $353,000 for the Thinkery. A real reason to celebrate!
Plan to visit their new facility when it opens December 2013. 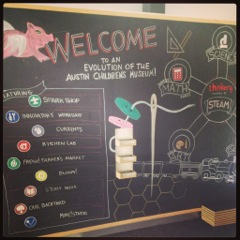 Read a testimonials from The Thinkery and others on our Testimonial page.