Gayle Stallings, CAI, BAS   |   Benefit Auctioneer and Virtual Fundraising Strategist     Email Us   512-567-1181
You are here: Home / Gayle's Blog / Rockin’ Out at the Manos de Cristo Charity Gala
ACL Live at the Moody Theater was the place to rock ‘n roll and raise the roof on fundraising records for Manos de Cristo programs. What a night!
On February 13th, maybe it was the jam session before the live auction that put the FUN into fundraising to break this kind of record at the sold-out Manos de Cristo Charity Gala: 152% increase in the Fund-a-Need donations! The perfect end to a record-breaking live auction happened when a donor wanted to buy one of the glow lights that the bid spotters and Ringmen use for $500. We sold not one, but three lights at $500 each, for an additional $1,500 in a matter of seconds! This lead photo shows me with the wonderful Ron Oliveira our Master of Ceremonies on this joyous night. This first photo is by Veronica Penaloza for Manos de Cristo. 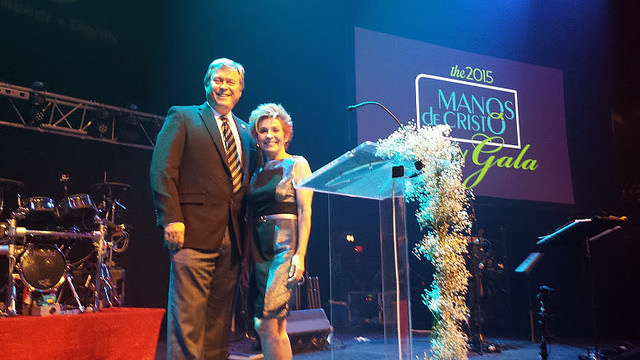 “It was a helping hand to each, combined with a focused work ethic, that helped them achieve so much at this point in their life. Their example made it all the easier for auctioneer Gayle Stallings to extract record sums from the crowd.” Robert Godwin, Keep Austin Giving 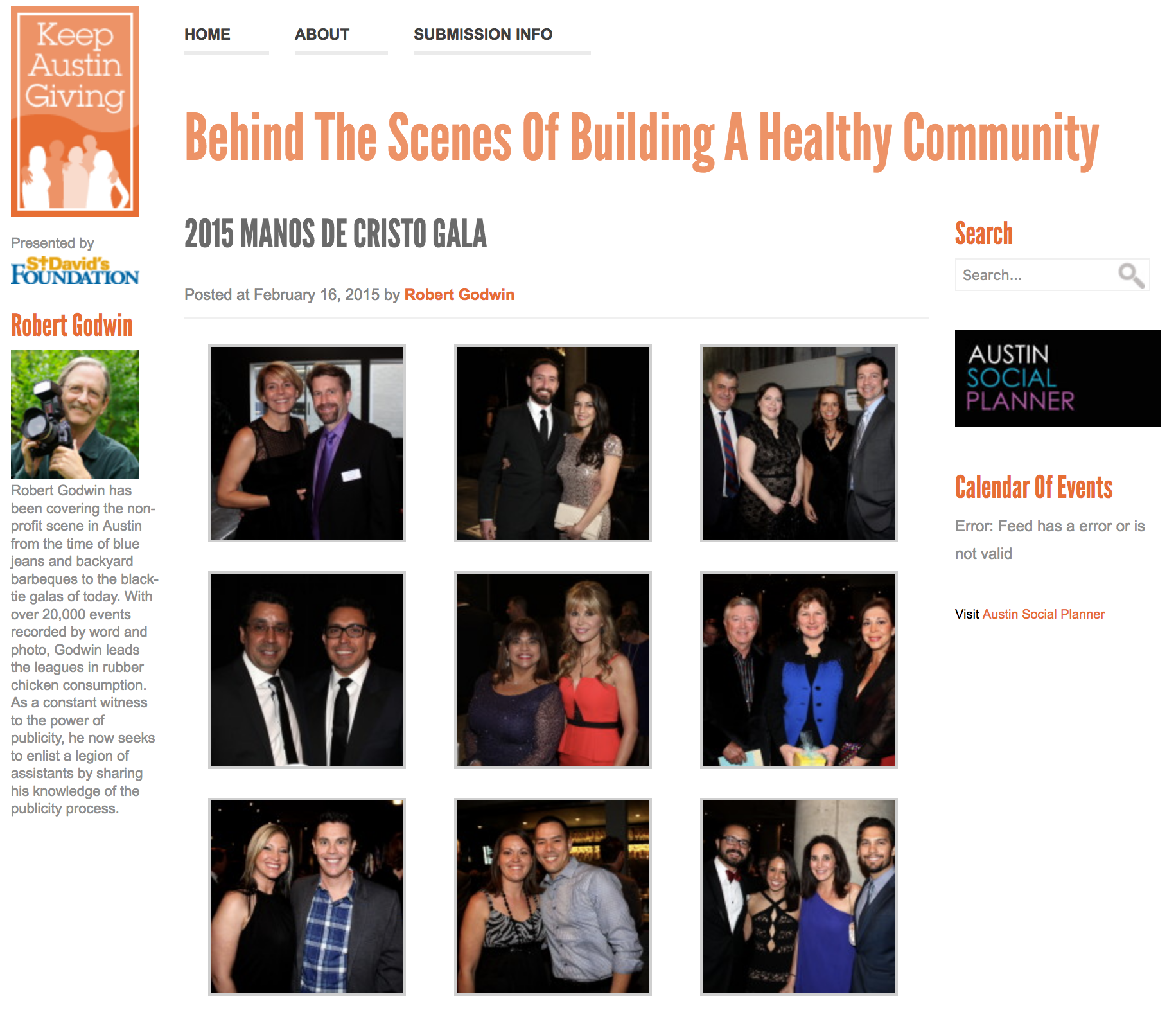 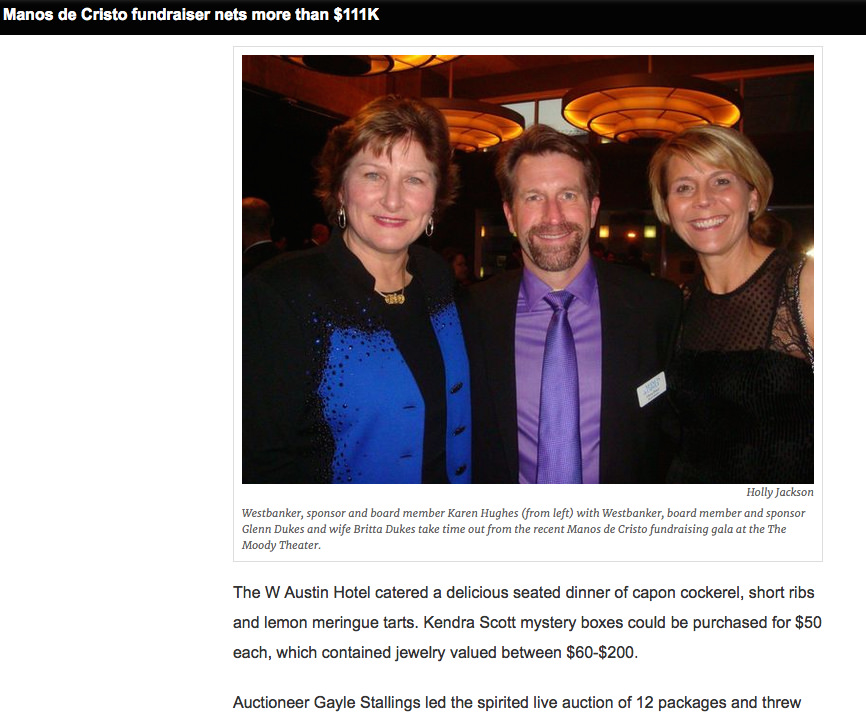 “More fabulous coverage of this year’s Manos Charity Gala. Our Thanks to West Austin News for this fabulous spread on our biggest annual fundraiser co-chaired by Beverly Chasse and Tony M. Pacheco, Jr. DDS with Master of Ceremonies Ron Olivera, our auctioneer Gayle Stallings of FUNauctions and the fab music of The Pictures Band.” Manos de Cristo 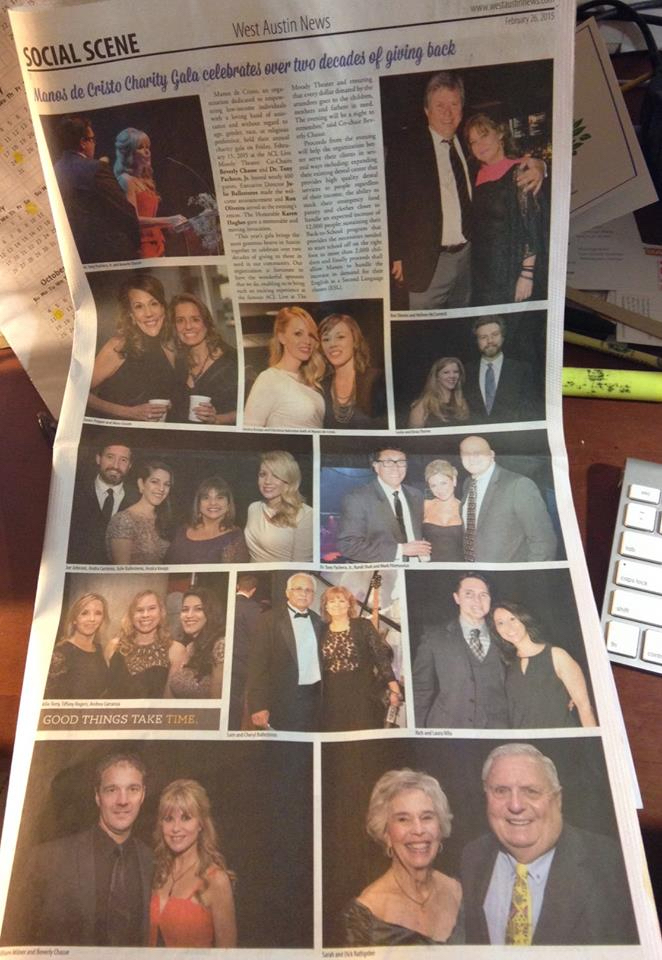 On stage during the exciting Manos live auction. Photo by Veronica Penaloza for Manos de Cristo. 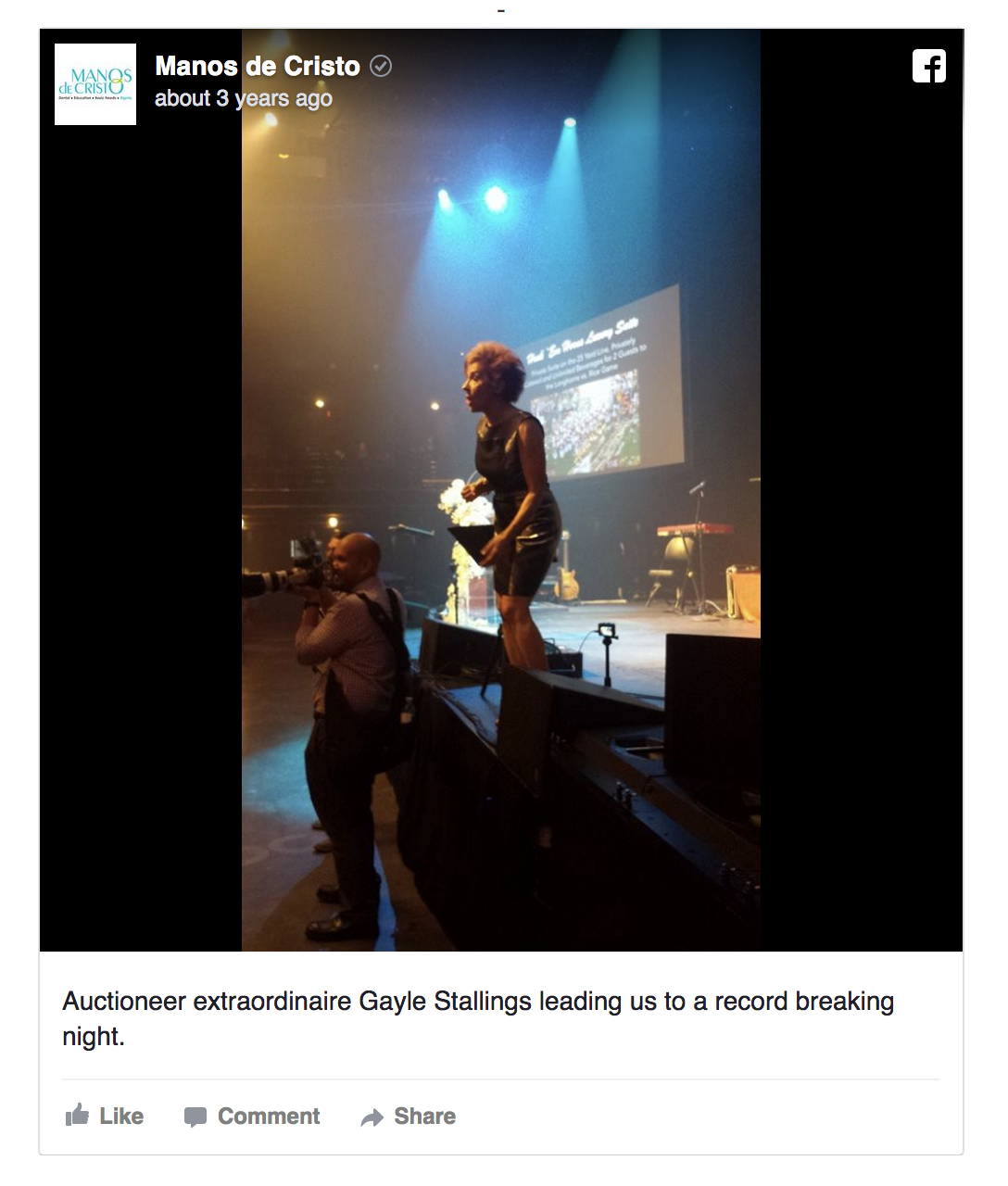 “The auction was by far the most memorable portion of the gala. Auctions are naturally thrilling, but knowing that all of the money being raised was going to Manos de Cristo and helping those in need made each and every bid felt so powerful.” Texas Tower PR, University of Texas

It was hard to resist the fun photo booth at ACL Live at the Moody Theater at the Manos gala. 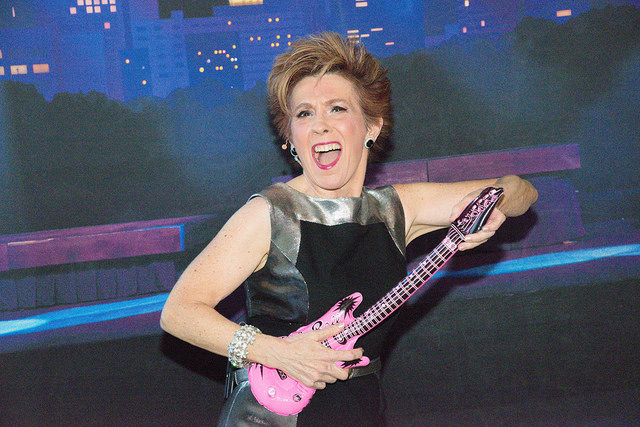 Follow the FUN at FUNauctions.net!
Originally posted May 4, 2015 via Storify.

Check out our Press page for FUNauctions in the news.