Sharing some of the FUN moments that happened before the doors opened at Ice Ball 2013 benefiting Big Brothers Big Sisters of Central Texas, at the Hilton Austin, on August 24, 2013.

As our fabulous  bid spotters, the twelve Big Brother and Big Sisters, also known as “Bigs”, attend a rehearsal so they can practice their entrance to “Ice Ice Baby”by Vanilla Ice. 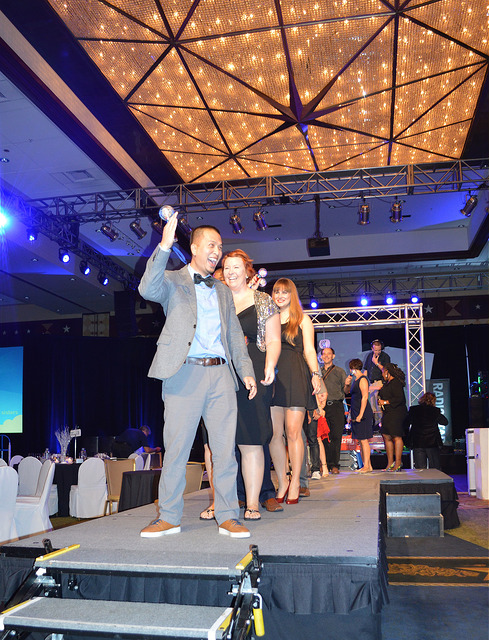 Now practiced, our Bigs are ready to help bidders bid higher and higher during the live auction FUN to come. 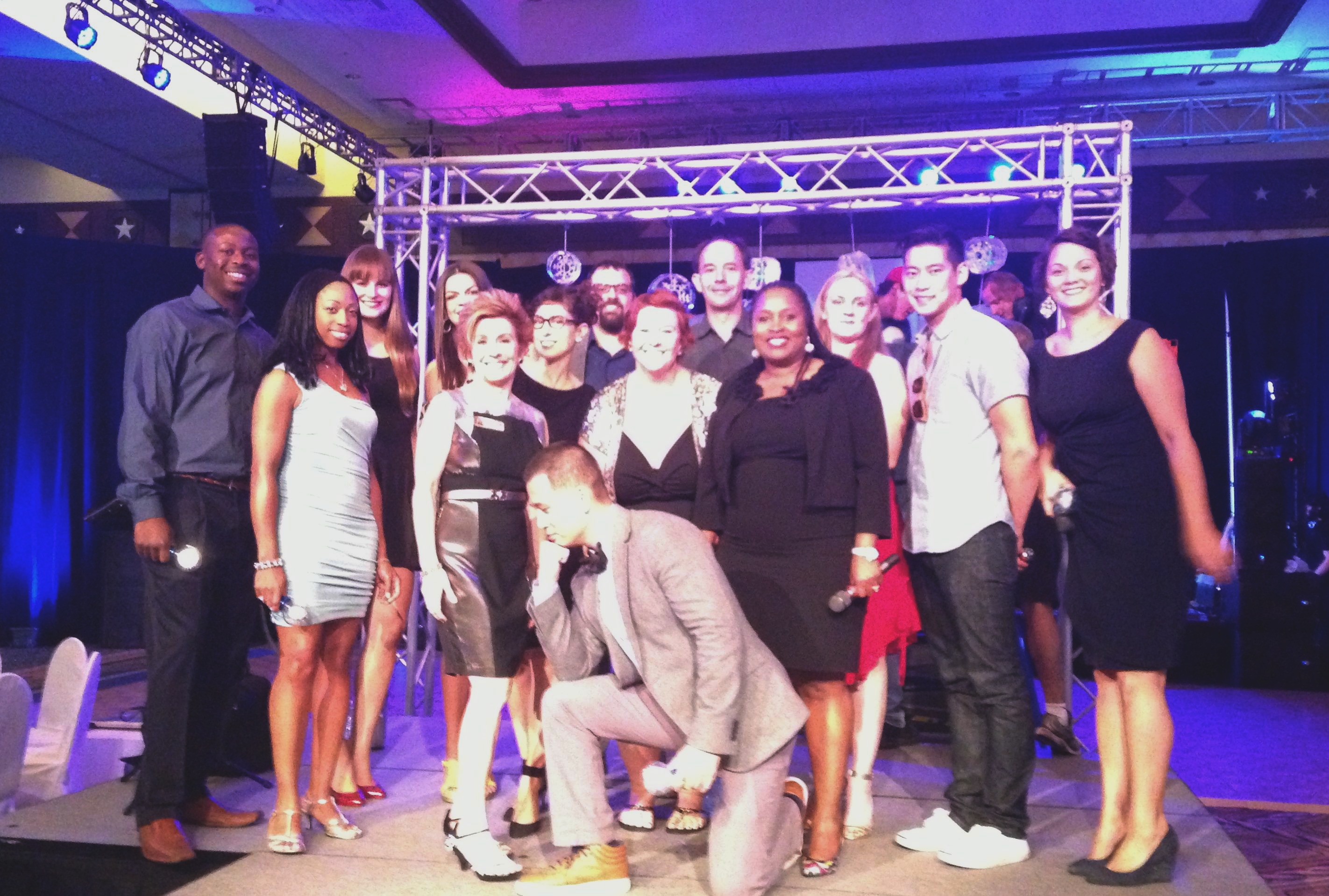 Rehearsing with our guest speaker and former Little Sister, Brooke Brock, so she feels comfortable with the  sound and lighting when she gives her inspiring testimonial before 650 people and her Big Sister Jessica!

“Testing,1, 2, 3.” We  start the sound and light check rehearsal early in the afternoon to make any adjustments. 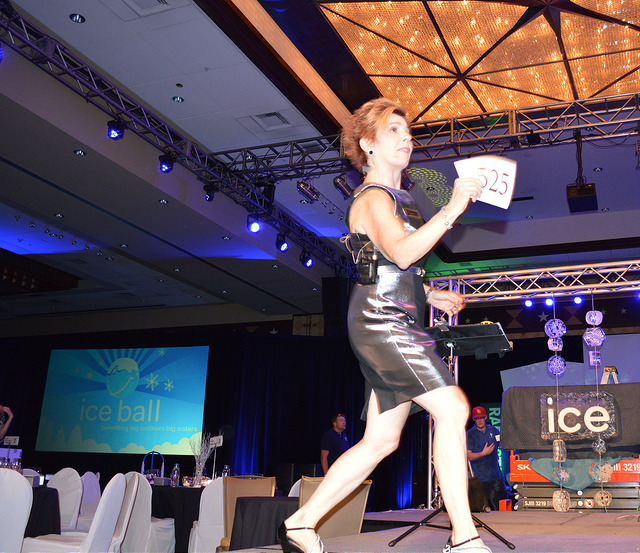 Hanging as the backdrop for the stage, the Ice Curtain is installed about 5:30 p.m. — as late as possible, because this curtain is real ice that really melts! 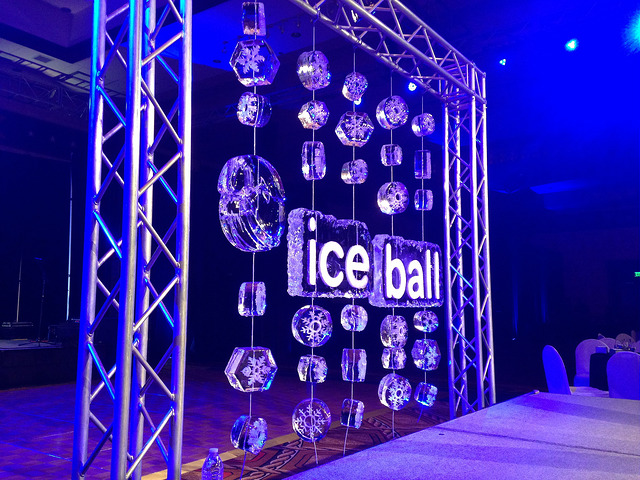 Just one of the many fabulous Ice Sculptures in the Hilton Austin ballroom creating the ambiance for a cool Ice Ball. 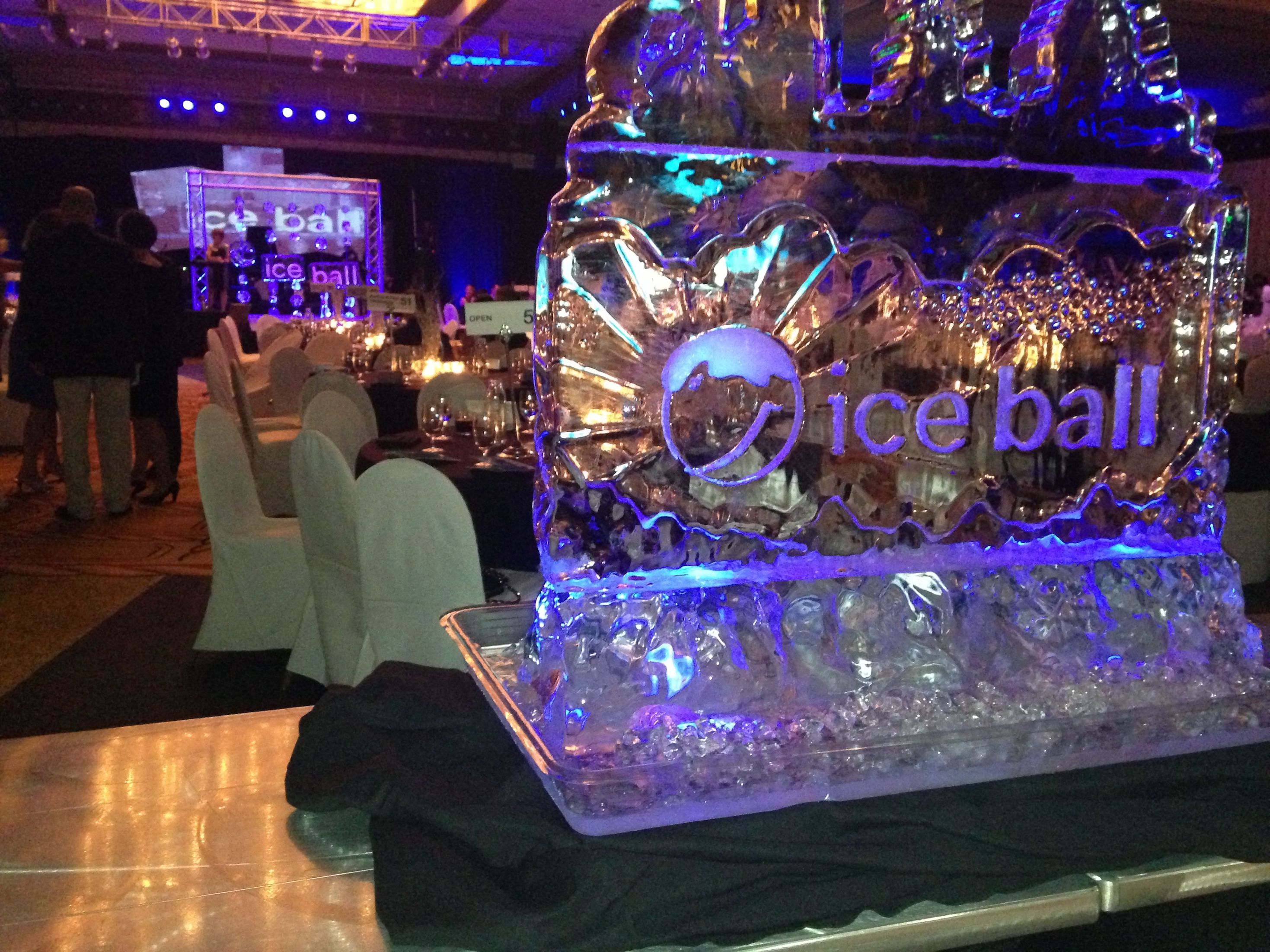 Doing a quick interview for a video about how much I like to work with Atomic Picnic for sound, lighting and AV needs. 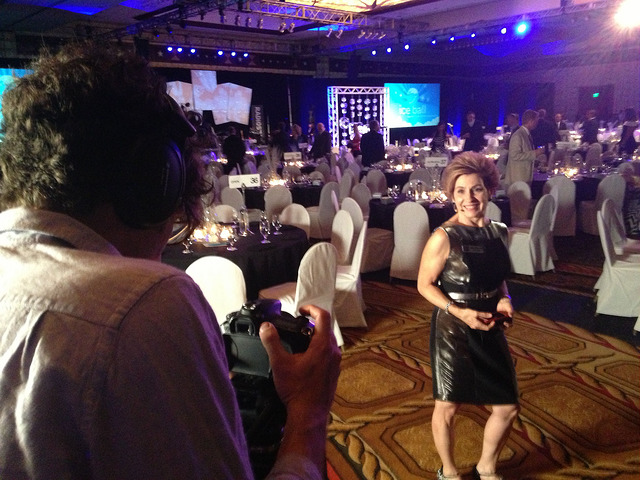 Saying hello to publisher William Jackson with InFluential Magazine and other media.

Making announcements to build excitement and  urgency to bid in the silent auctionbefore the two closings at 8:20 and 8:30 p.m. 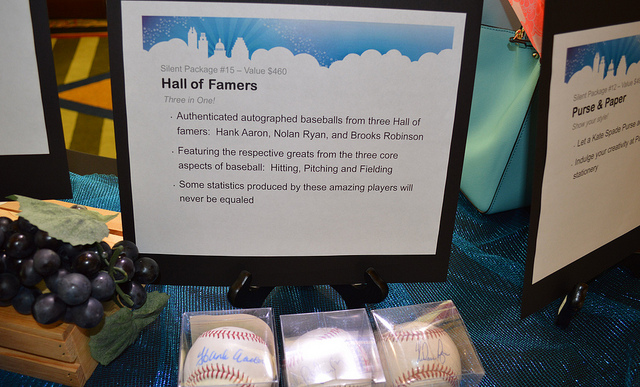 “After the Ice Lounge, the party continued upstairs, where the fiery Gayle Stallings of Fun Auctions got the crowd ready for fun! This was Gayle’s third Ice Ball, and she continues to shatter records and warm hearts.” bit.ly/1aLVeyn 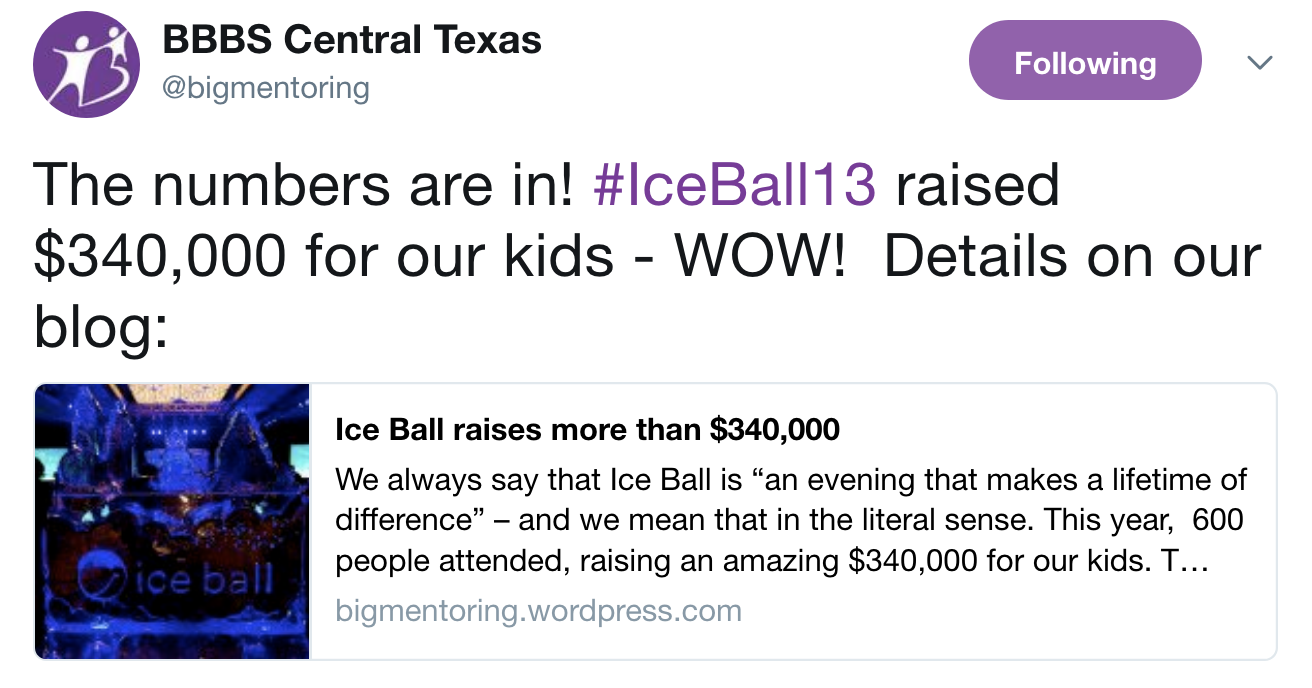 Below, guests celebrate another record-breaking year with Radiohead on the packed dance floor!  I hope to see you next year at the 10th Anniversary Ice Ball on August 23, 2014, the coolest place to be in Austin, Texas! 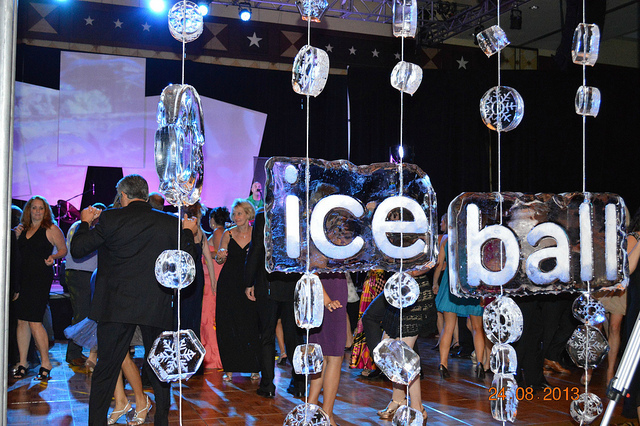 The FUN continues at funautions.net.